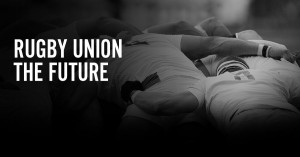 In part 3 of this series of white papers on rugby union, sponsorship experts from around the world consider the future of rugby union and its commercial development post England 2015, ahead of the Olympic debut of rugby sevens in Rio 2016. See Rugby Union: The Future for details.

The paper looks beyond the tournament to examine the game’s future. Also available are part 2, Rugby union sponsorship analysis, and part 1, Rugby World Cup: What does the global fanscape look like?