Nielsen Sports ‘ Commercial trends in sport 2017 ’ summarises the key changes we are seeing across the commercial landscape in global sport sponsorship.

“Politically, socially and technologically, the world is in the midst of one of the most disruptive periods in living memory—this disruption is affecting where investment in sports is coming from, how sports content is created and distributed, and changing the dynamics of relationships between rights holders, sponsors and fans.

With global sponsorship spend forecast to reach over $62 billion in 2017 and global media rights spend expected to hit $45 billion, the top-line metrics remain positive. But this is a period of rapid change for sports—from China’s remarkable investments at home and abroad to new technologies such as virtual reality, the explosion in direct-to-consumer content to shifts in audience habits and consumption.

Nielsen Sports has analysed the changes happening across the worlds of sports, media and technology by listening to the industry, examining the relevant data and carefully considering the impact of these changes. With the help of our experts around the world, this whitepaper outlines what we regard as the 10 major commercial trends in sports” says Nielsen Sports. 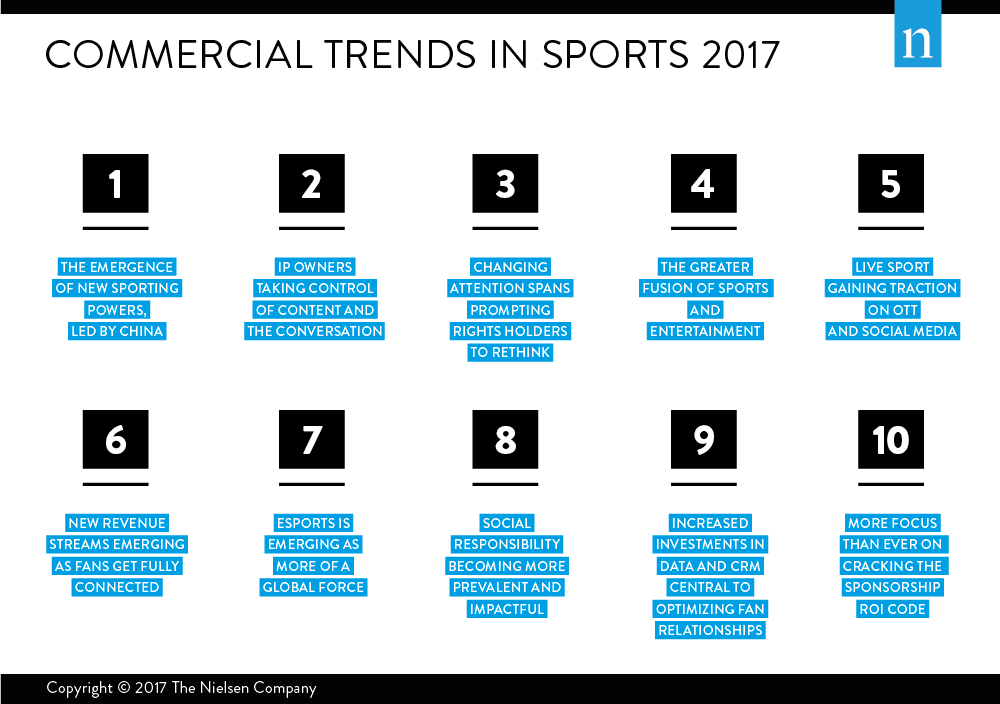 According to Nielsen Sports, what do these trends mean?

If you would benefit from the advice of a sports agency, Strive Sponsorship can help. Contact us for sports sponsorship, commercial, content, operations, investment and communications consultancy services.