If you’re after a European sports fan research report, YouGov’s ‘The many faces of sports fans across Europe’ is a decent place to start.  The report looks at sports audiences in eight markets – Denmark, France, Germany, Italy, Norway, Spain, Sweden and the UK. In each market, it examines a range of subjects including:

Highlights from the European sports fan research report include:

Favourite sports properties (note: this has been calculated by asking people if they watched or followed a sports event or league over the past year. Strive’s perspective is that ‘watched’ may indicate reach better than preference/favourite and so this should be considered when reading the output) 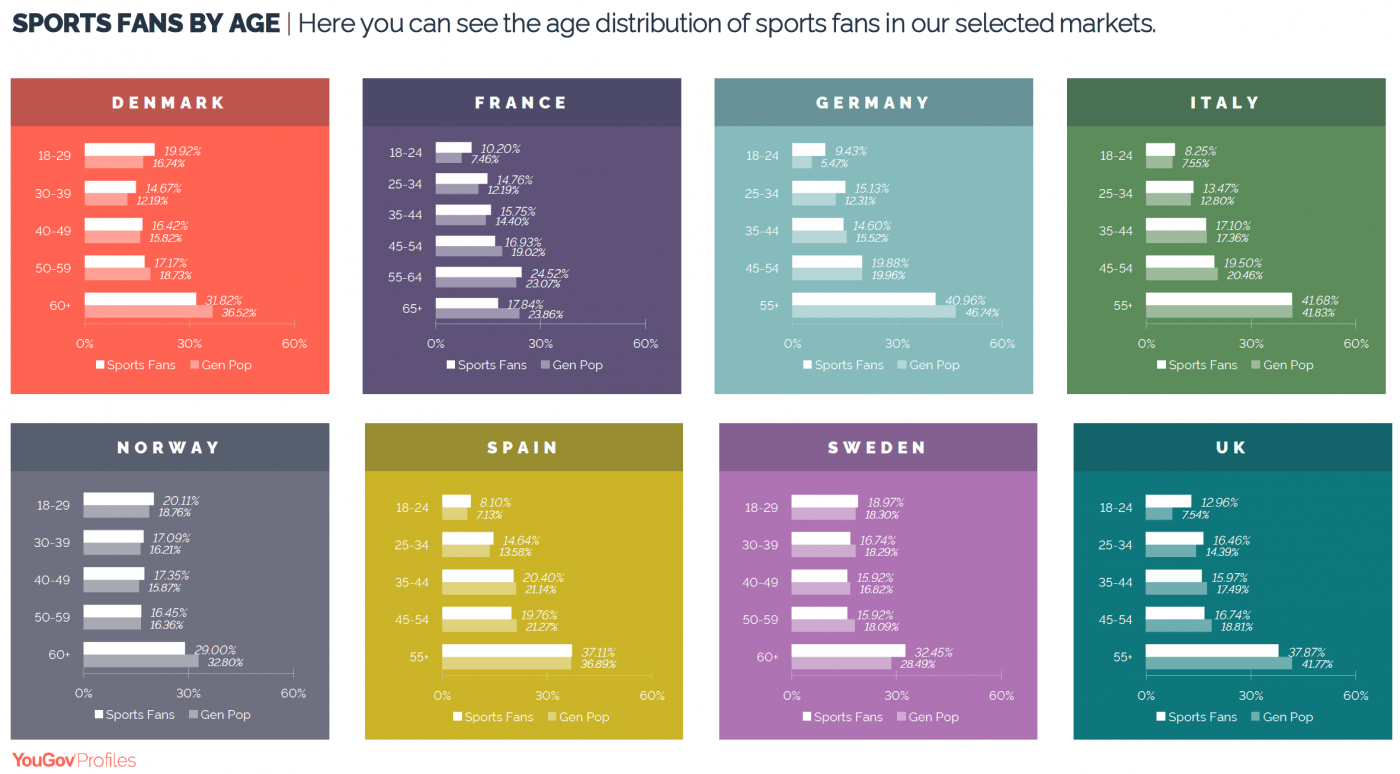 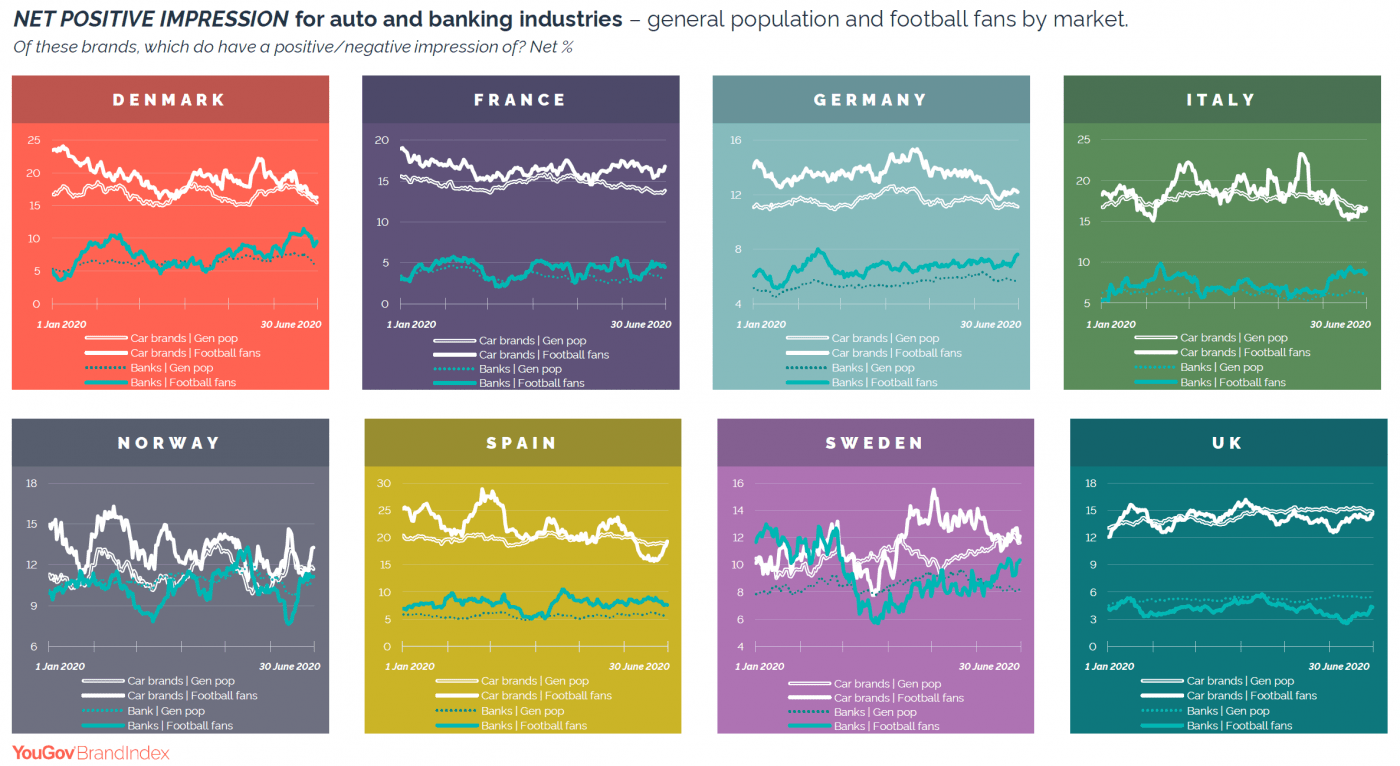 If you would benefit from the advice of a sports and/or esports agency, Strive Sponsorship can help. Contact us for sports and esports strategy, sponsorship, commercial, content, operations, investment, and communications consultancy services.