As esports matures it attracts increased attention from established agencies and sees the birth of new ones.  The demand for data and insight to inform and evaluate decision-making is one major driver of this.  Esports has also been a gateway into a wider awareness and understanding of gaming and streaming, where again information is sought. This has culminated in a number of different companies publishing freely available streaming, gaming and esports statistics and charts. We have included some of the latest ones we have found useful below.

GlobalWebIndex produces a series of digital-focused reports using data from a wide variety of sources, including market research agencies, internet and social media companies, governments and public bodies, news media, journalists, and their own internal analysis. Their Q3 2019 global digital statshot included some interesting esports statistics.  Find below a summary of these below.

Nearly a third of global internet users aged 16-34 years-old report that they have recently watched an esports tournament.

Over a fifth of all internet users globally report that they have recently watched an esports tournament. 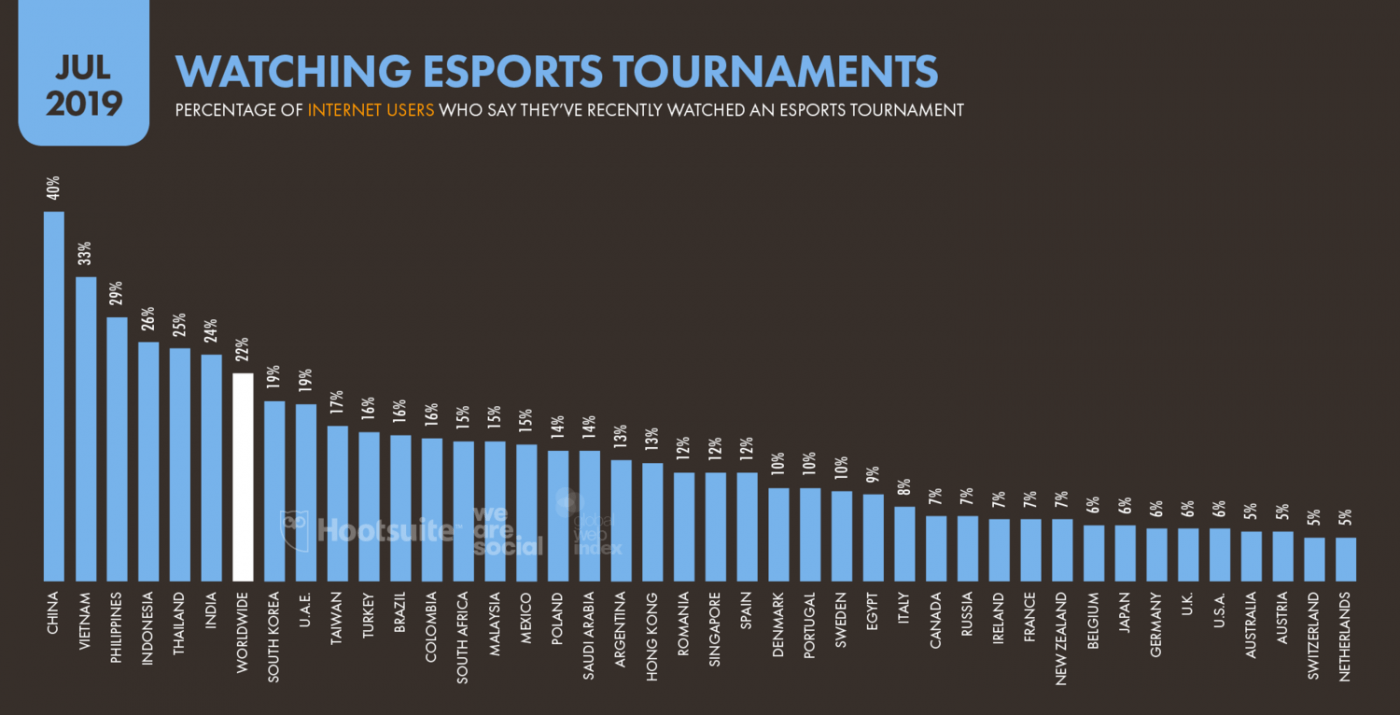 Around 40% of global internet users aged 16-34 years-old report that they have recently watched a live stream of other people playing video games, with a quarter of 35-44 year-olds reporting to too. 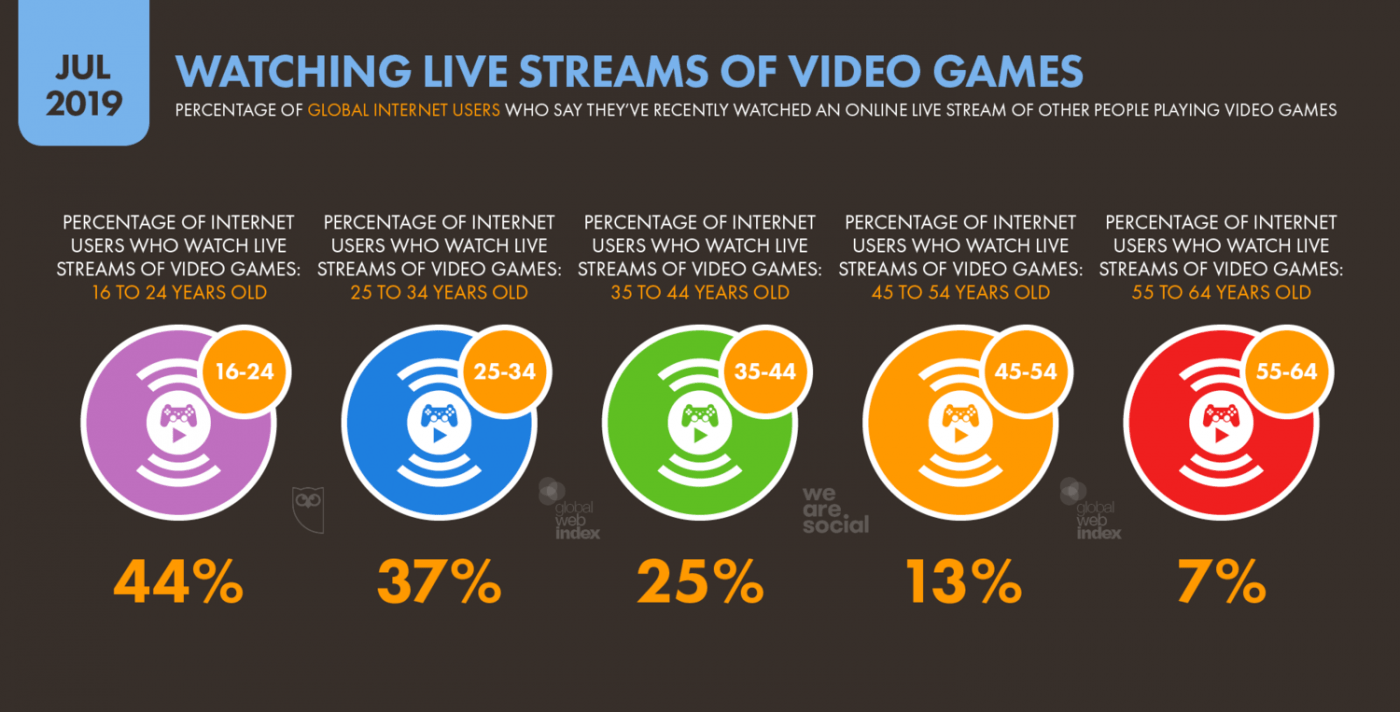 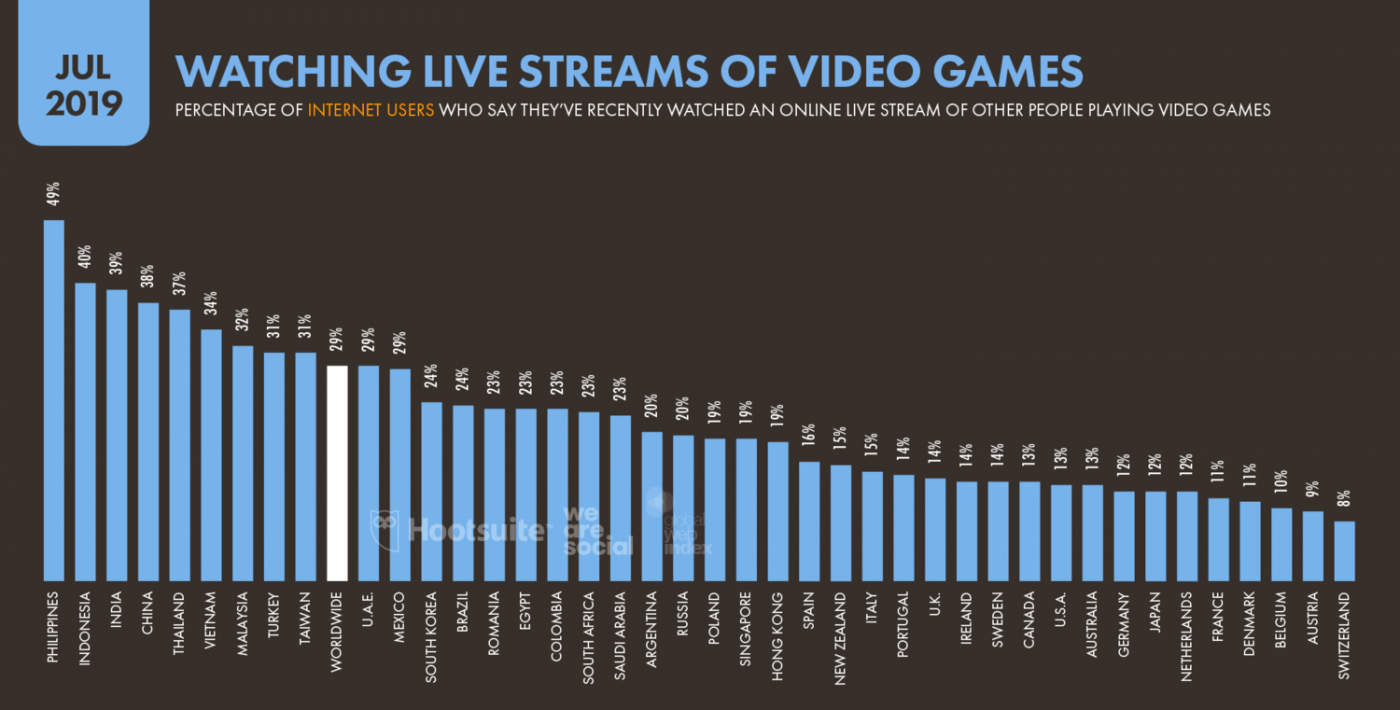 Esports viewers compare favourably to global internet users who say they’re interested in sports, especially in the 16-34-year-old age groups where the figures are almost identical. Watching gaming content is even more popular than both in the same age category. 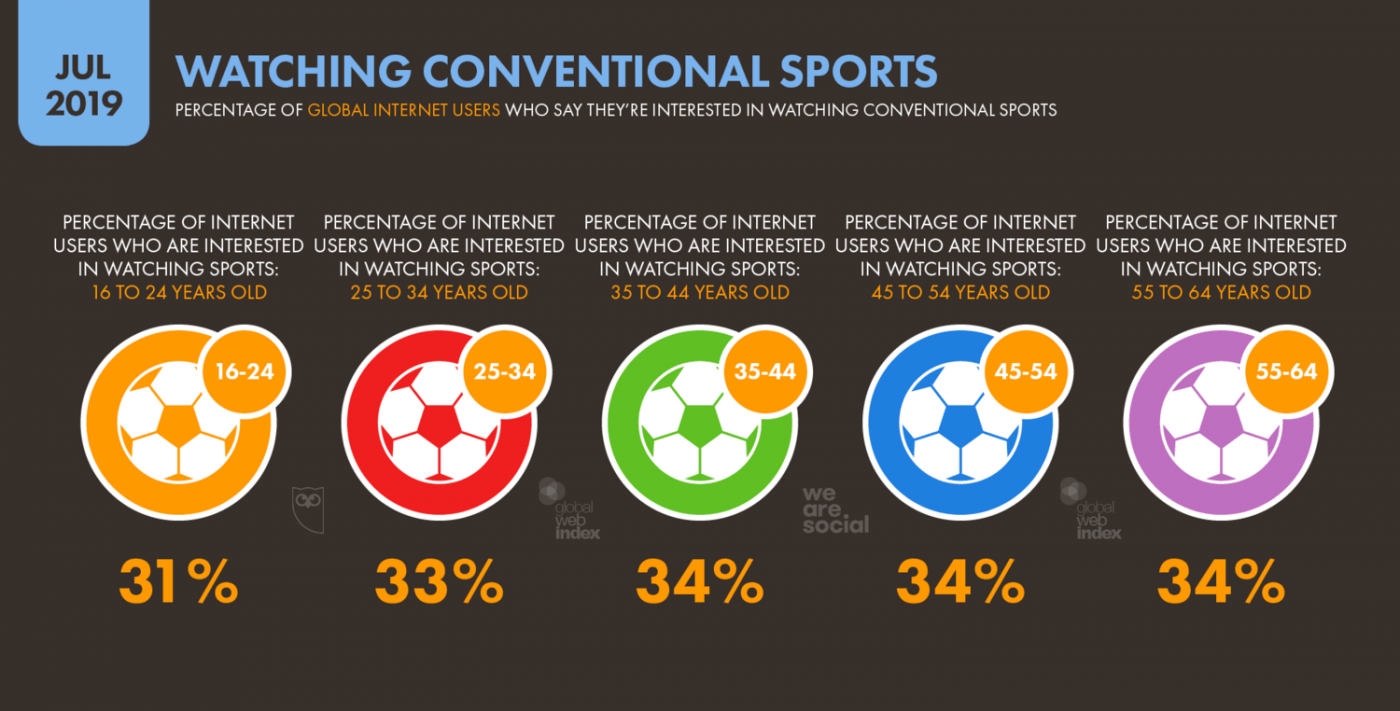 FMCG brands have been the most active in esports sponsorship in the US, according to Sportcal – a well-regarded global provider of sports market intelligence.  Technology and clothing and accessory brands are not far behind according to these figures published in 2019. 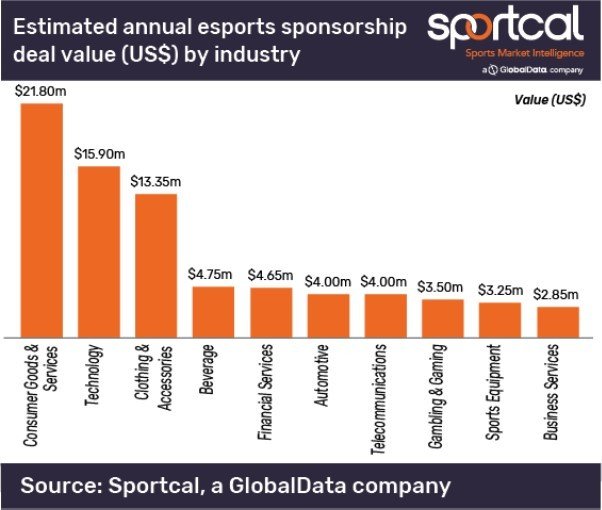 Much of the focus of discussion around esports revenue generation has been on sponsorship and media.  One of the overlooked areas, much like it is in sport, however, is that of cause sponsorship spending – often referred to as corporate social responsibility (CSR) spend.

According to Wikipedia, CSR initiatives aim to “contribute to societal goals of a philanthropic, activist, or charitable nature or by engaging in or supporting volunteering or ethically-oriented practices.”  An example of this in practice in sport might be a coaching clinic for disenfranchised youth.  Lots of sports teams run a variety of initiatives like this as part of their good citizen role within the local community in which they are situated.

The value of this spend to teams manifests itself in a number of different ways and there are a number of trends that esports commercial teams need to be aware of in order to benefit fully:

Newzoo is a well-established esports and gaming research agency that often provides useful esports statistics.  They regularly publish esports, gaming and streaming industry data, insights and forecasts.  See below for their esports trends to watch in 2020. 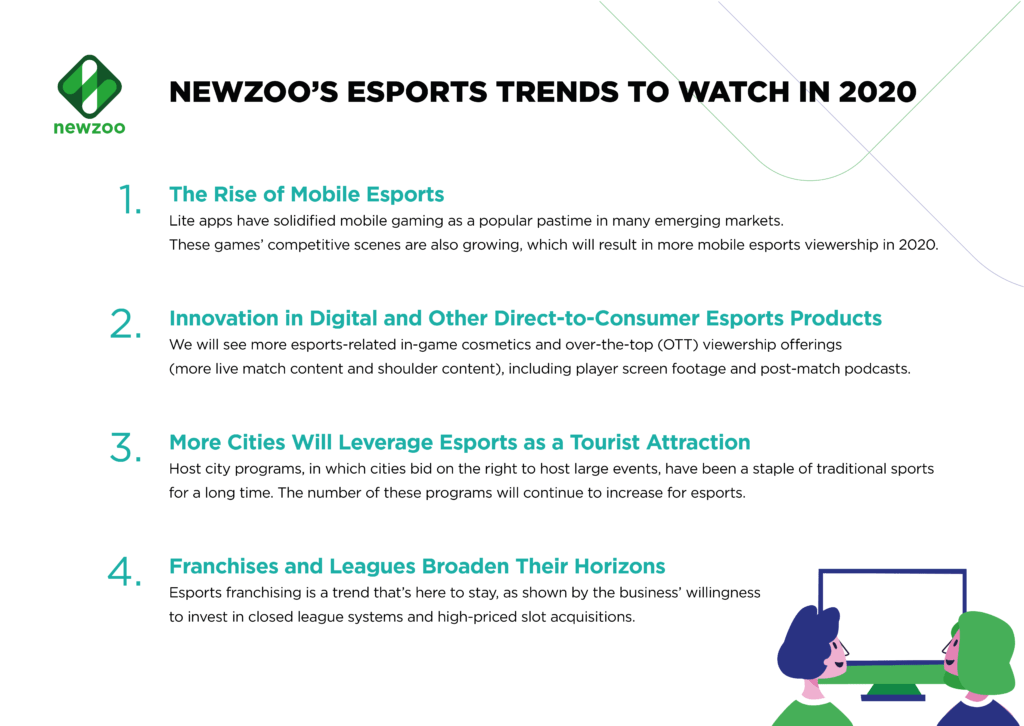 Streamlabs and Newzoo collaborated to provide the Live Streaming Industry Report 2019. There are some really useful charts here that show the start in what may be a shift in the balance of power amongst streaming platforms.  The main takeouts they found from their research were: 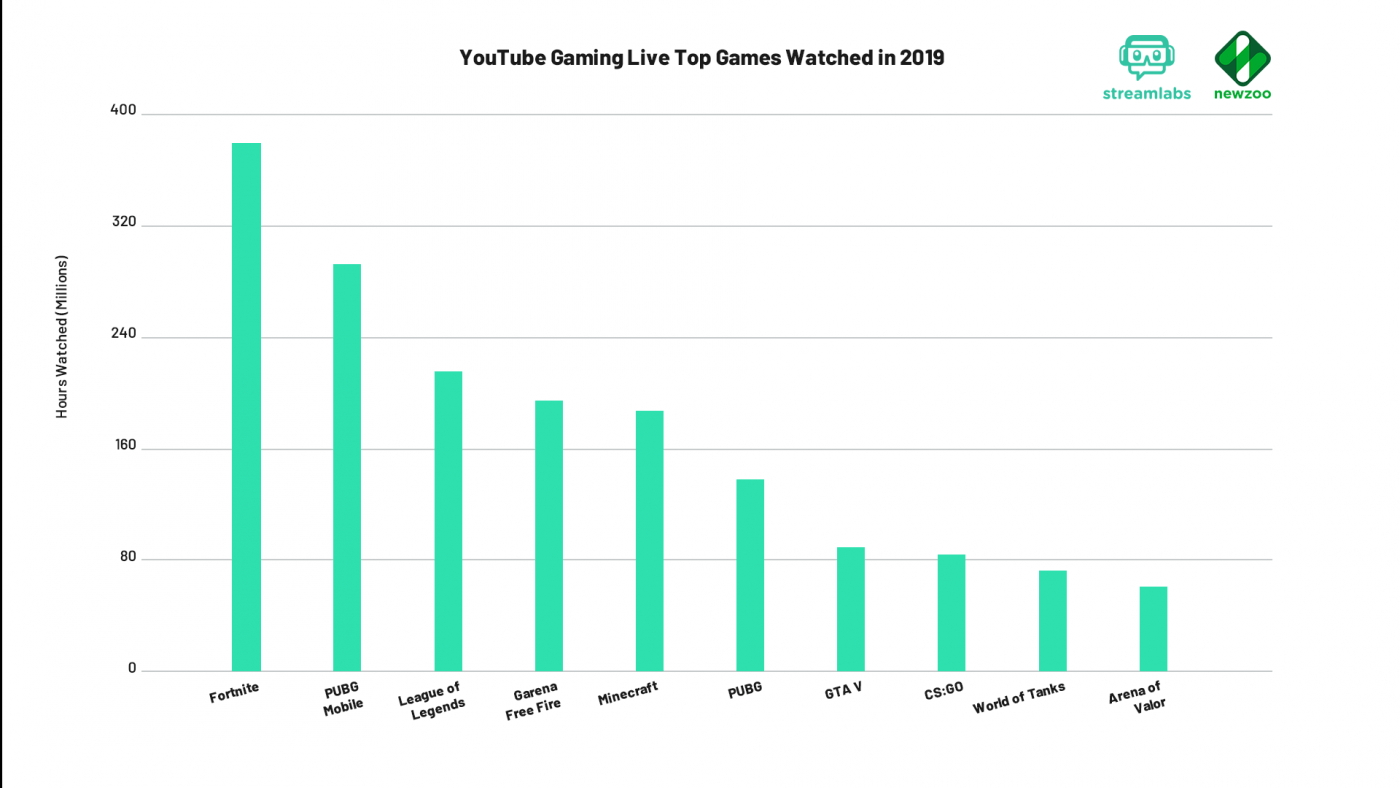 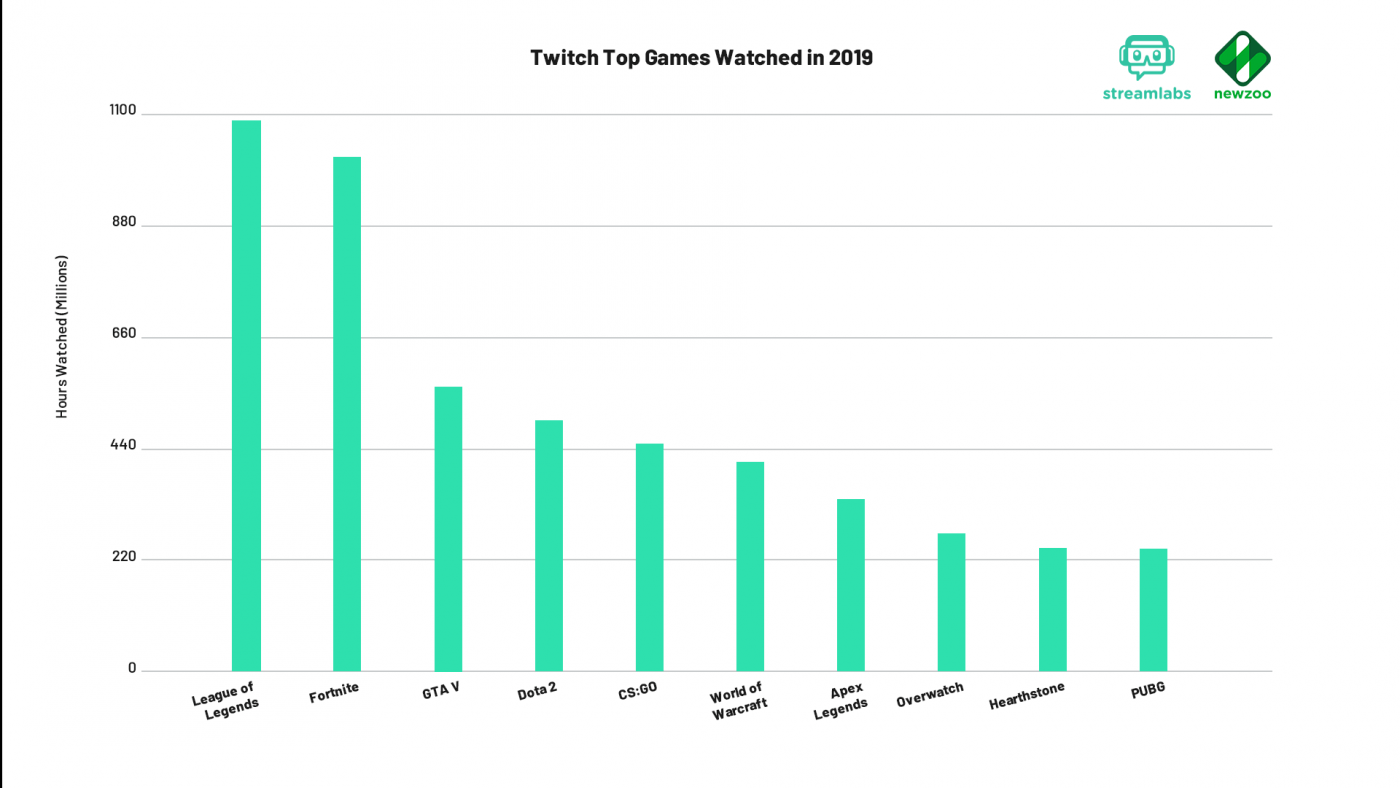 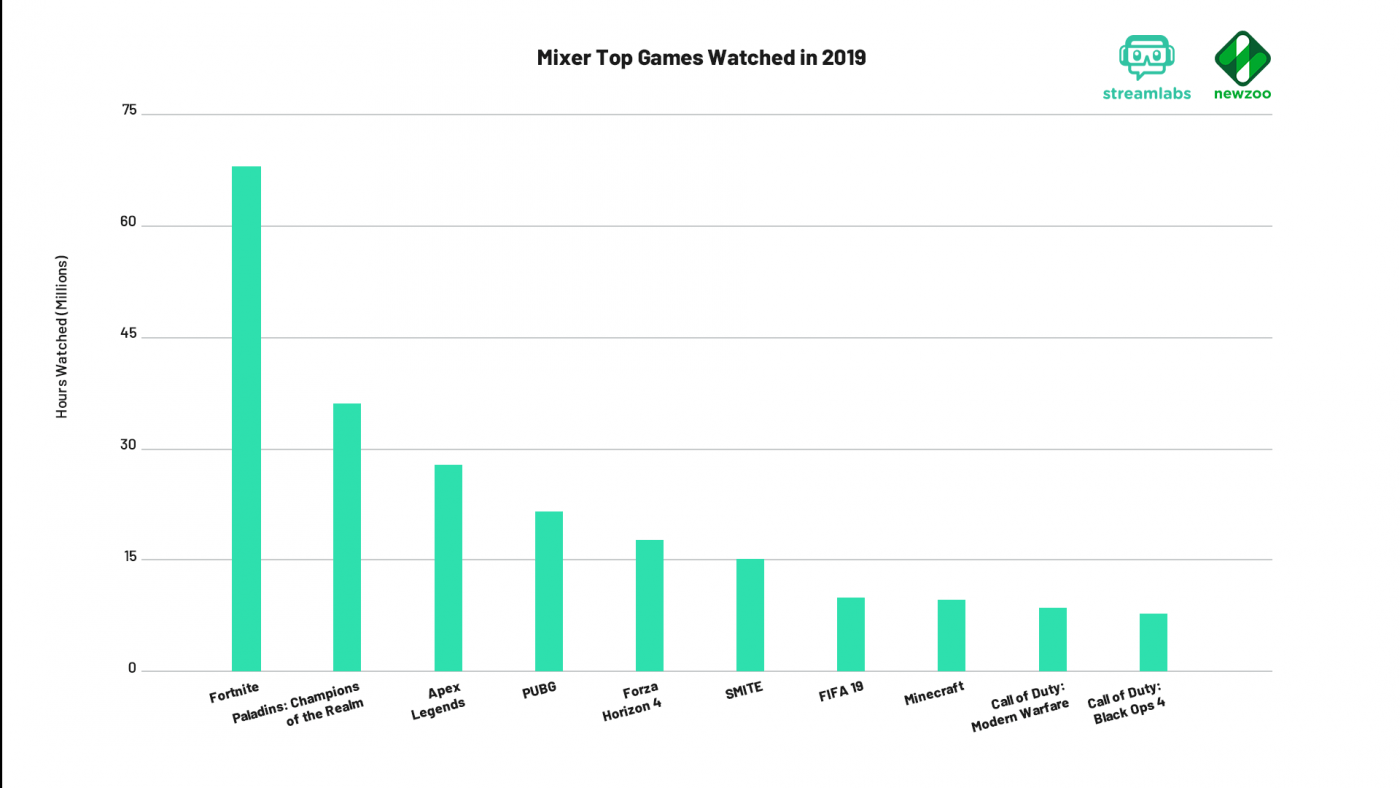