League of Legends (LoL) is the most established of all esports titles and has a history of breaking audience viewing records year-on-year, in line with industry and fanbase growth.  The League of Legends World Finals viewing figures 2018 didn’t disappoint, with new highs reached as the birthplace of esports, South Korea, played host to the finals between Chinese team Invictus Gaming and English-team, Fnatic.

Invictus Gaming was the first League of Legends Pro League (LPL) team to win the Summoner’s Cup and their presence, as well as success, no doubt played a significant part in delivering the huge numbers. The Chinese audience makes up a huge proportion of the League of Legends fanbase anyhow, and although not published by Riot Games, we suspect that the vast majority of viewership was here rather than Europe or North America. 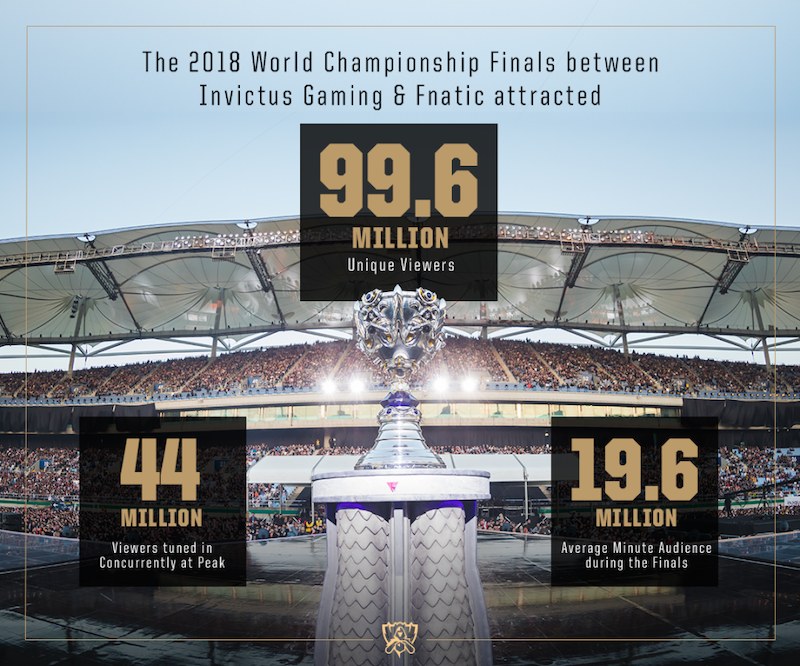 So what were the League of Legends World Finals viewing figures 2018? Riot reports a record-breaking 99.6 million unique viewers, making it the largest viewership number for any esports event in history, and topping last year’s benchmark of 80 million unique viewers. This year’s event peaked at 44 million concurrent viewers, according to the company, with an average minute audience of 19.6 million. 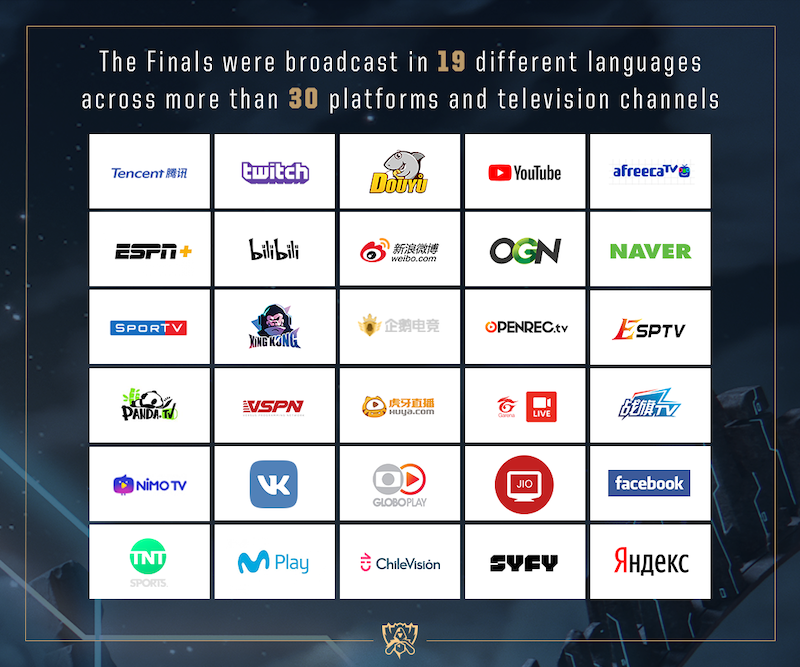 A multi-language and wide-reaching digital and traditional broadcast media distribution also helped bolster the League of Legends World Finals viewing figures 2018. The event was broadcast in 19 different languages and across more than 30 platforms and television channels internationally. 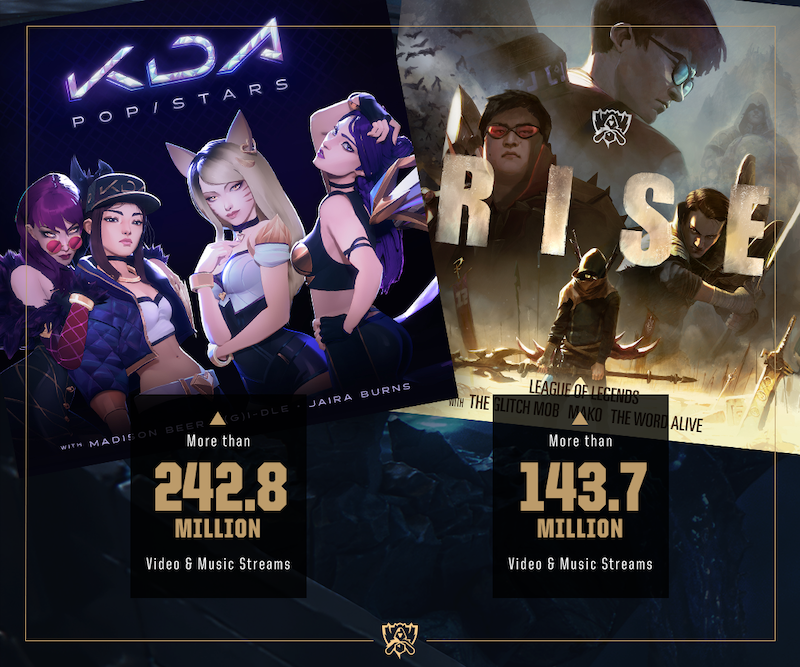 The impact gaming and esports have on the consumption of fans’ other passions, e.g. music and film, is undeniable and the growth in the number of collaborations (e.g. ESL and Universal Music starting a new label) and cross advertising spend (e.g. Warner Brothers movie, The Meg, partnering with various gaming and esports streamers) from Hollywood and global music businesses is testament to this.

For esports industry research, insight and opinion, as well as a wealth of intelligence on the sport and wider entertainment industry, make sure you save the Strive Sponsorship Insights page to your favourites.

If you would benefit from the advice of an esports agency, Strive Sponsorship can help. Contact us for esports sponsorship, commercial, content, operations, investment and communications consultancy services.